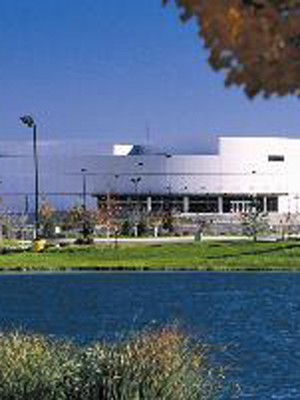 If you're happy to travel

You can catch Ice Cube at World Arena in Colorado Springs, showing Apr 18, 2023

Ice Cube is also touring to:

Alert me on return

Ice Cube is back!

Bursting onto the scene in 1988 with the critically acclaimed and cultural classic 'Straight Outta Compton' Ice Cube has been a household name ever since. A pioneer of hip-hop, Cube has had a glittering and varied career that has seen the star direct, act, produce and write. As well-rounded an artist as you can get Cube returns to touring following the continued success of his latest album Everythang's Corrupt.

Starting out as part of the infamous N.W.A, Cube is considered to have cultivated a new brand of rap, innovating the genre and pushing lyrical boundaries. The rapper became a cultural and musical icon throughout the late 80's and 90's thanks to politically-charged rhymes, subversive music videos and a committed releasing and touring schedule.

Did you know that the multi-talented mogul has directed one, starred in almost 37, produced 20 and written seven feature-length films?! The star also has his own Basketball league, the BIG3, where ex-professional and retired NBA stars play in teams of three.

And before you stop reading

You may be required to wear a mask during this performance. Please contact the venue directly for more information.

The show was phenomenal, it was worth every penny. Ice Cube was the headliner... more

The set list was not his best and to make things worse he played just over... more

Read all reviews Write a review

Sound good to you? Share this page on social media and let your friends know about Ice Cube at Brookshire Grocery Arena.

Keep up to date

I want email news and updates for events in my area! Read how we protect your data.

You know the drill, websites need cookies to make them work. Details of how we do it here. Hello! It's probably obvious, but we need to let you know that we use cookies to enable us to run this website and for it to actually work! You can find lots more detail in our Cookie Policy.
Got it!